Op-ed on Community Needs in Stadium Deal in Oakland Tribune 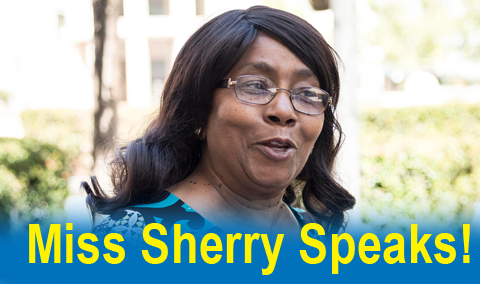 Following is an OPED from Miss Sherry, an Oakland United and CJJC member. EBASE is part of Oakland United, a coalition of residents, workers, faith leaders, community organizations, and unions invested in the health and economy of Oakland. Collectively, we represent tens of thousands of people who believe that if done right, the Coliseum City project has the potential to transform East Oakland by creating good jobs, affordable housing, accessible transit, and a healthy environment

Guest commentary: Residents must be involved in any stadium deal with Raiders, A’s

San Francisco is beaming with pride as the site for the Super Bowl. On our side of the bay, we are proud, too — for our Oakland teams, but also for the pride we take in our good union jobs at the Coliseum and Oracle Arena and for the East Oakland neighborhood surrounding the stadiums.

Part of Oakland’s pride is the rich cultural diversity of our people. And if we don’t develop the stadiums and the surrounding area properly, we risk losing that.

The Raiders and the A’s are threatening to leave if we don’t build new stadiums. Fans desperately want to keep them. And our elected leaders are walking a fine line between protecting taxpayer dollars and losing part of our Oakland identity.

I want the teams to stay, the stadium workers to stay, and longtime East Oakland residents to stay. That means that any development deal needs to include good union jobs, affordable housing, accessible transit and a healthy environment.

But there are those who want to exploit the community and workers, and say that the 200 or so acres of prime public real estate we are talking about is virtually worthless if the development has to have those benefits. They say it’s too expensive, and they can’t profit.

I’ve lived in East Oakland for almost 30 years, and I have seen firsthand how low-income people of color, families and children are being pushed out of the neighborhood as rents have tripled.

People are being forced to move hours away or they are bouncing from one friend’s house to another. I’ve seen workers struggle with low wages and unable to put healthy food on the table. And I’ve seen the rich cultural diversity of our community change to the point where I hardly recognize it.

Oaklanders have pride that our city has always been a place where people from all walks of life can afford to live and work and that’s as important as the pride we feel in our teams.

The Coliseum development project is of value only if stadium workers get to keep their good union jobs; that new jobs have the same or higher standards; that we have affordable housing so that we are not displaced; accessible transit so folks like me can get around; and clean environmental standards so our air, land and water are not polluted.

Oakland residents and workers also must have a seat at the table so that our future is not negotiated behind closed doors by millionaire team owners, wealthy developers and elected officials.