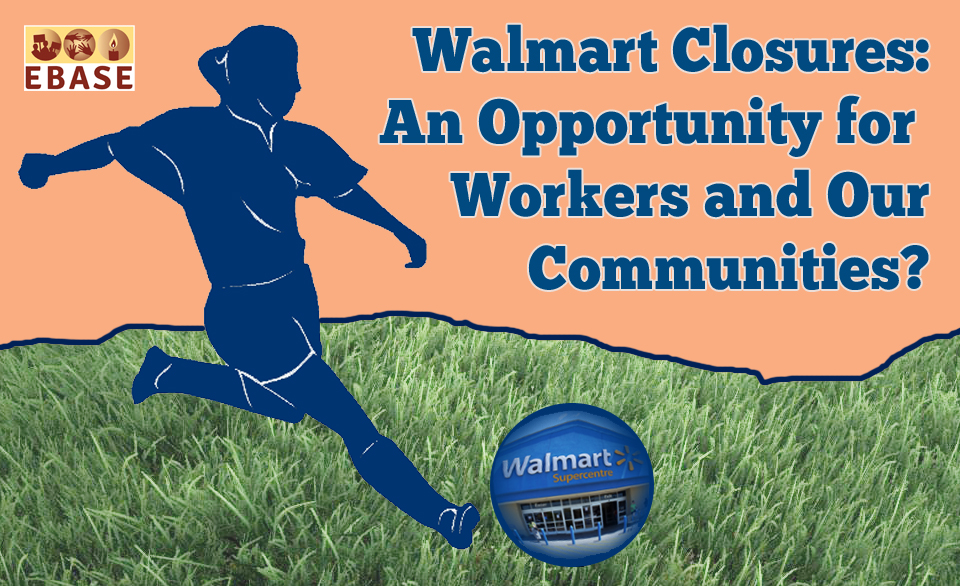 Growing up in an East Coast suburb, I remember strolling the aisles of Walmart on the weekends, especially when it was cold outside. My family bought clothes, school supplies, and our basic needs there. At some point, Walmart move a couple of miles away, leaving a gaping hole in my part of the community.

Many years later, I also remember talking with neighbors in East Oakland when Walmart first announced they were coming to our city. People, mostly Black and Brown families, were elated: Walmart meant jobs and a place to buy necessities. Sign me up, they said. What about poverty wages? Something’s better than nothing, people said. We’re lucky Walmart’s coming to town—they’ll bring investment and retail sales tax to Oakland.

This is how Walmart preys upon low-income communities of color. The company comes into neighborhoods that are retail deserts, filling a hole with an affordable one-stop market. The company knows it can sell poverty wage jobs to an under-employed community that is struggling. Its corporate mentality might as well be “beggars can’t be choosers.”

And with little or no notice, they just pick up and leave.

Walmart is closing up its Oakland store; 400 workers are out of a job; and countless customers are left high and dry with two days notice. Those looking for a scapegoat blame our city for raising wages. But it’s no secret this is part of Walmart’s pattern. For instance, to get approval to build in wealthier parts of Washington D.C., the company promised to build stores in an under-served, predominantly African American community – then promptly backed out once the stores in wealthier areas were built. What’s more, of the 100+ stores Walmart is closing nationally, 75% are in areas where the minimum wage is actually less than the company’s own $10 minimum wage.

And let’s think about it: Walmart is the largest company in the United States. They profited $7.2 billion dollar last year. Walmart CEO makes more in one minute than a minimum wage worker earns all year. The company is undergoing a national building spree while at the same time shutting stores. It’s ridiculous to say Walmart can’t afford to pay their workers $25,000 a year for full-time work and still turn a profit for their shareholders. Our city, our workers, and our community deserves more.

The Oakland store closing is a shock. But it’s also an opportunity. We can replace Walmart with an affordable market that better meets the needs of East Oakland. It’s an opportunity to attract community-controlled retail options that keep profits local instead of sending them off to shareholders. And it’s an opportunity to provide workers with a living wage to sustain our families.

For too long, companies like Walmart have pitted Oaklanders against one another; giving us the false choice of affordable retail pitted against living wage jobs. We all know we need both, and it can be done. It’s time for our mayor, city council, planning commission, and our community to come together and turn that soon to be empty lot into what East Oakland really needs: thriving businesses that provide local residents with affordable goods and services AND workers with living wage jobs. Oakland deserves no less.

Originally published in the Oakland Tribune and the Contra Costa Times.

Read more about EBASE in the news!