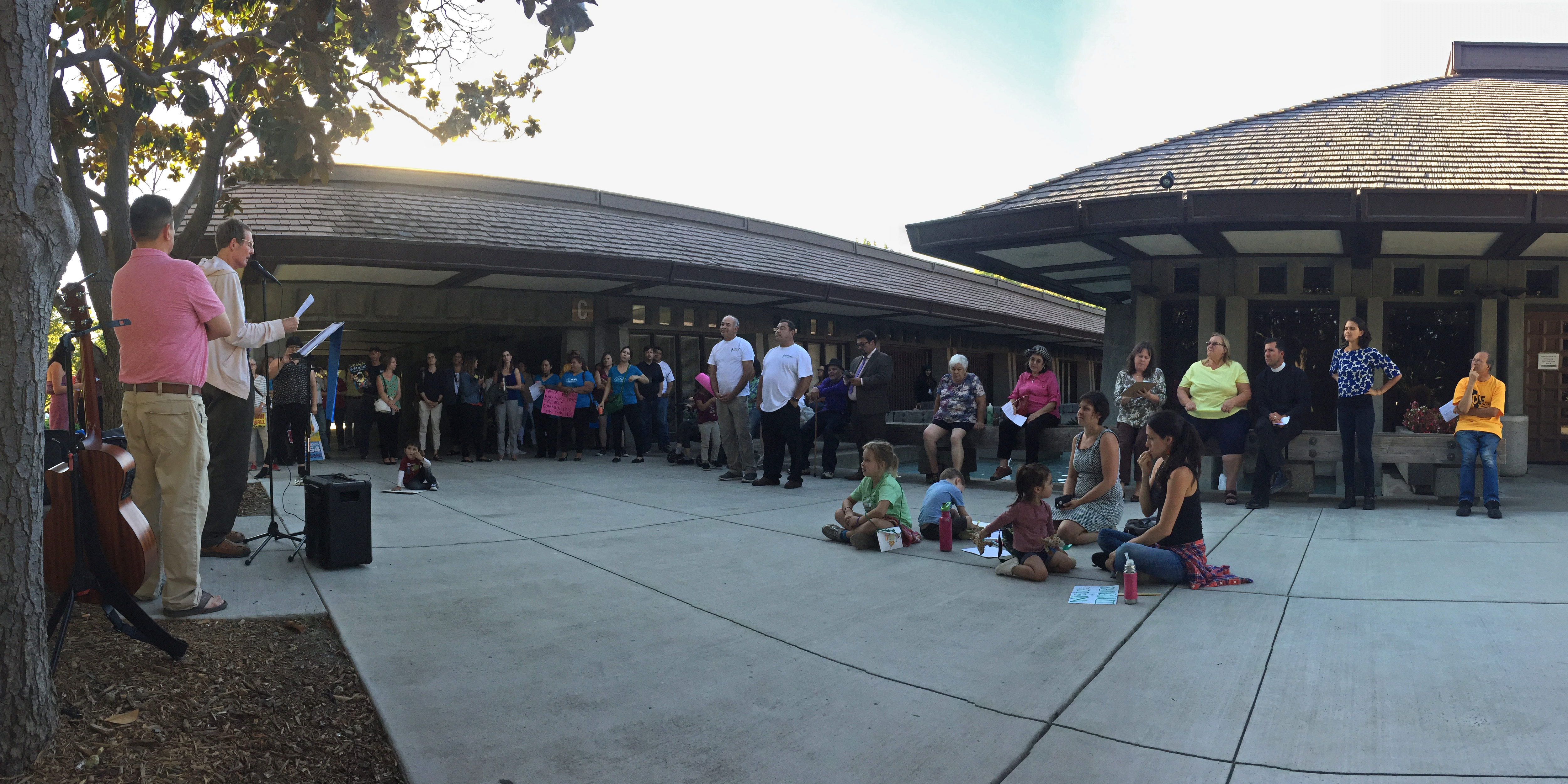 A few months ago, a friend was visiting her parents and placed a Black Lives Matter sign in her old bedroom window. Her family lives in the heart of Contra Costa County, but given their liberal values, she thought they wouldn’t mind it. Yet when she recently returned, it was gone.

As someone who grew up in that part of the East Bay, I recognize the dynamic: people are liberal, yet not willing to stand up for racial justice. This silence rules Contra Costa County, preventing the enactment of policies that would fight racism and curb economic inequality.

But maybe that’s starting to change.

In the past two years, EBASE has been organizing in Concord with groups like Monument Impact and First 5 Contra Costa as part of the Raise the Roof Coalition. Together, we’ve been working on issues of housing and immigration that deeply impact communities of color as they get pushed out of the urban centers.

Policies that were easy to move in Oakland have proven far more difficult in Concord. Though the two cities are both part of the East Bay, they are worlds apart. Concord lies in a corridor of bedroom suburbs for folks who commute to SF and Oakland. This side of the Caldecott Tunnel tends to be more conservative and less diverse — or so I thought.

More than 30% of Concord residents are immigrants, and the city’s mission statement lists “diversity” as one of its values. By bringing together community, labor, and faith groups, the Raise the Roof Coalition is pushing the city to live up to those values.

On May Day, our Roof and Refuge March drew 500 people to the streets — the largest march of its kind. We built bridges between local workers, parents, and faith leaders. And after months of collaborating with city officials, we packed the Concord City Council chambers to watch as they voted unanimously to pass our “inclusion resolution.”

The resolution affirms Concord’s commitment to providing a safe place to live for immigrants, Muslims, LGBTQ people, and other vulnerable communities. It denounces hate speech and limits cooperation between local police and federal immigration authorities (ICE).

It’s not a “sanctuary city” policy, but it is a great first step. Along with Contra Costa County’s allocation of $1 million for legal assistance to undocumented residents, it may be a sign that the tide is turning toward more welcoming policies throughout the whole East Bay.

The Bay Area is changing. It is gentrifying and techifying, but it’s also becoming bolder in its defense of low-income communities of color. As Trump and his cronies intensify their crusade against marginalized folks, people who have been silent in the past are starting to raise their voices.

Here at EBASE, we’ve seen time and time and again that when we stand together, we win. I look forward to watching this movement spread even wider. Maybe one day Black Lives Matter signs will be in everyone’s windows, and not just the homes of the brave.