We Stand With the Muslim Community 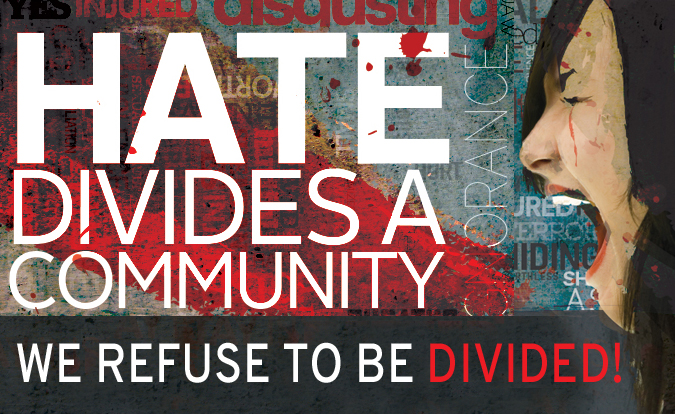 EBASE’s Faith Alliance for a Moral Economy, EBHO’s Interfaith Communities United, and Oakland Community Organizations partner on immigrant and workers’ rights, affordable housing, racial and education justice work, and healthy communities. Together, we wrote the following statement in support of the Muslim community:

Our work is shaped by the wisdom of many different faiths, and among the people who strengthen our work are our Muslim brothers, sisters, and kin. Our work for equity, opportunity, and dignity for all is under threat when any of us find ourselves under attack because of our faith.

In these last several months, the Islamic community has been targeted with hate crimes, death threats, armed protests in front of mosques and the defacing of worship spaces. Refugees’ ability to find refuge in this nation has been threatened. Politicians have played a significant role in encouraging hate and intolerance towards people who participate in a life-giving religion.

We are a nation founded on the constitutional guarantee and foundational value of religious liberty, which ensures that all people may work in ways grounded by the positive and healing role of faith and religion in public life. One million Muslims are part of the fabric of our country contributing as doctors, parents, teachers, nurses, bus drivers, students, justice advocates and clergy bringing a richness to our diversity and multi cultures. As people of faith, we strongly condemn the current culture of fear-mongering and demonization by public figures which leads to violence in our community.

We believe in a Bay Area, a United States, and a world where people’s understanding of Islam involves Allah the Merciful, not ISIS. We believe in a world in which Christians, Jews, Muslims, and all religions recognize each other as brothers, sisters, and kin. In that world, we can more powerfully build communities of equality, justice, and power for all people.

We envision a world where all faiths are respected, and extremist actions are seen as just that – extreme actions from extreme people, not representations of a broad and diverse community of faithful and generous people.

Our work in FAME, ICU and OCO is better because of our brothers, sisters, and kin who are part of the Islamic faith, and whose lives and witness to the sacred and moral in life, offer inspiration and vision to the Interfaith community. We support our Muslim friends and condemn all actions of intolerance, hate, and mistrust against them.