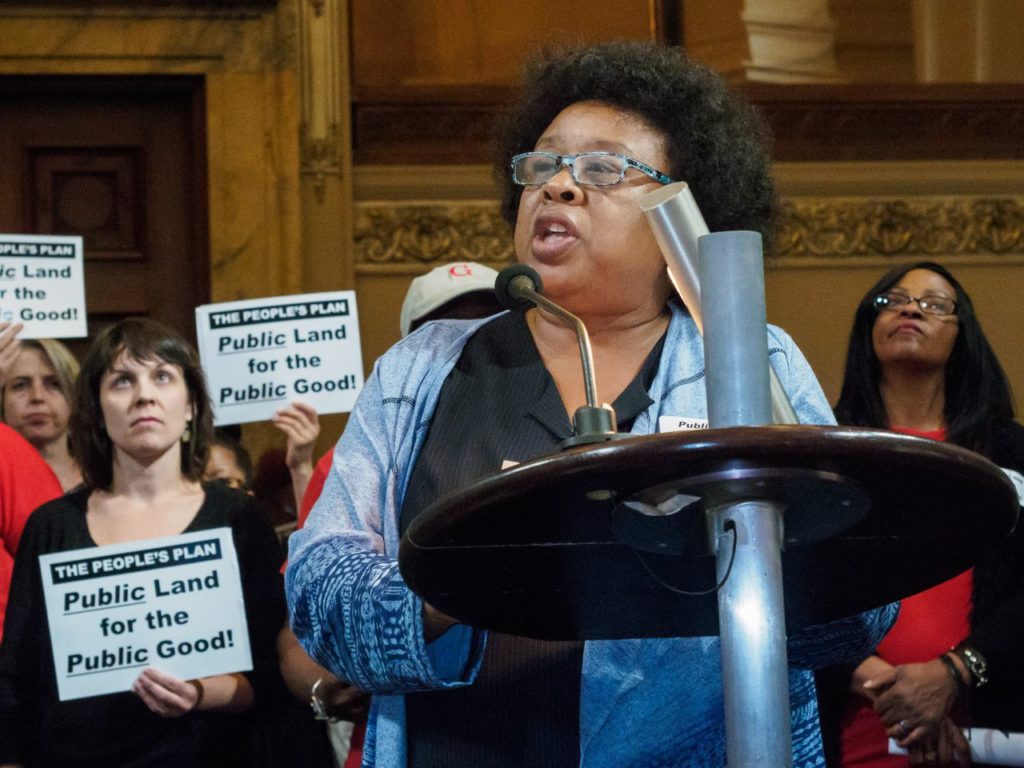 With the skyrocketing cost of housing and real estate in the Bay Area pushing more people out of their homes, EBASE is ensuring that large development projects meet the needs of the low-income workers and communities of color. When public land and public funding are involved, development should serve the public good.

Construction projects should provide living-wage union jobs for local residents, particularly those who face systemic barriers to employment, such as immigrants and formerly incarcerated workers.

Affordable housing and strong renters’ protections should be a part of any land deal, in order to protect diversity and prevent displacement.

Finally, development should be both environmentally friendly and create transportation access for low-income communities of color, which are often isolated and bare the brunt of pollution.

EBASE is working on securing equitable development policies throughout the East Bay: